on October 31, 2020
While I've been saying aloud throughout this process that it won't be an easy or a straight road, inside I was secretly hoping that I would be the first person to do it differently and recover in a linear and exponential upward trajectory. I was hoping I'd look by on my early posts and marvel at how far I've come in only a few short months. And while there are less days where the pain becomes so overwhelming I can't really breathe or see, the days when it happens are in a way becoming worse than when it all started? Maybe time is blurring my memory but I also think the phrase "it gets worse before it gets better" is starting to play out.
Therapy is a tricky little game. A friend likened it to a tough workout - it's awful during and immediately after and yet over time of doing it again and again, produces an amazing transformation. Our early couples therapy sessions were mostly data collection and it's only now that we're diving into the nitty gritty - creating a shared narrative of what happened. And although I've run through it all in my mind countless times, told the story from start to finish to many friends, and written most details in depth here, hearing my husband respond to our therapist's question of "so why did you reach out to this woman?" undid me.
One helpful nugget she supplied me with is the idea that infidelity shatters not only your present and future but also the past. She explained that because I didn't know what was going on for so long, I don't trust even my own memories anymore. It's a completely shattered reality where I've become unmoored and don't know what I can hold onto because my entire schema for life has been broken. I believed for so long that as long as I was as close to perfect as possible, as long as I did everything I thought he needed, I would be ok and I would be loved. Now that my reliance on the pursuit of perfection is gone, what do I have? I'm coming to terms with the fact that I'm months away from figuring it out.
So I'm not breaking the mold or cracking the code. I'm on a roller coaster of ok days and terrible ones. I'm trying to understand and share the narrative with my husband without throwing things, calling names, or drinking excessively. Working out helps, along with laughing to silly stand-up specials on Netflix and simply being around Rex. I hate not being able to share constant progress but I have to keep it real at the same time. 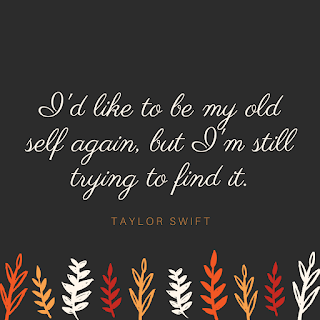